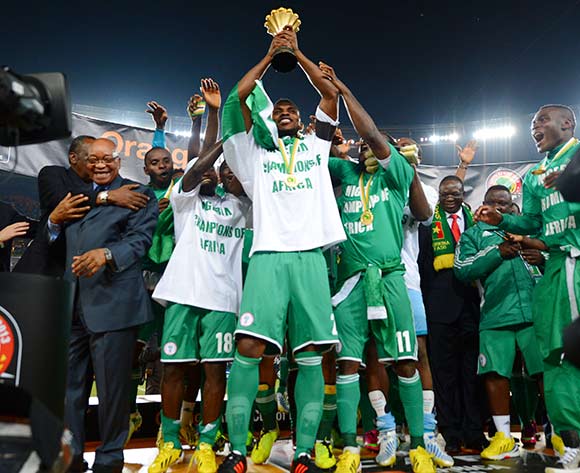 After 19 years of trying, the super eagles of Nigeria on Sunday night, emerged winners of the 2013 African Nations Cup.

A First half goal from a impressive individual effort by Sunday Mba was enough to give the African giants the 3rd AFCON title.

As for Burkina Faso, they fought hard but were ultimately outclassed by the Super Eagles, though they deserve credit for a fantastic showing as one of the surprise packages of the 2013 tournament.

Both sides struggled to find a rhythm of play in the first half, though Nigeria settled quicker and created a couple of decent early chances.

The best fell the way of Brown Ideye, who shot over an unguarded net in the 10th minute after Burkina Faso goalkeeper Daouda Diakite dropped a straightforward ball at a corner kick.

The Stallions’ Aristide Bance, who missed a boatload of chances in the semifinal against Ghana, looked his side’s most poent attacking weapon but his radar was off with two long range efforts in the 25th and 28th minutes.

The match appeared to be headed for a goalless first half, but on 40 minutes the Super Eagles broke the deadlock. The chance stemmed from a Victor Moses shot that was blocked by a Burkinabe defender.

The ensuing looping ball was controlled on the run by Sunday Mba, who then poked it past a defender before firing a left-footed volley into the bottom corner of the net to put Nigeria 1-0 up.

The Super Eagles almost doubled their advantage just three minutes into the second half when Ideye had a neat turn and shot from a tight angle, but Diakite did just enough to deflect the ball wide of the far post.

They also had a couple of good opportunities on the counter attack that they failed to take advantage of, while Burkina substitute Wilfried Sanou drove a first-time shot from a tough angle just wide of the far post in the 74th minute.

Ideye and substitute Ahmed Musa had a couple of great chances to kill off the game in the dying minutes of regulation time, but they were unable to find the back of the net against a scrambling defence.

Yet their misses were not in vain, as Nigeria held out to claim a famous victory that sees them return to the top of African football.

Nigeria ended a 19-year wait for another Africa Cup of Nations title by defeating Burkina Faso 1-0 in the final at the National Stadium in Soweto on Sunday night.

Locally-based youngster Sunday Mba scored the only goal of the game five minutes before half time, and he will go down in Super Eagles folklore regardless of what he does in the rest of his career.
All the pictures and beautiful moments captured im the pictures below…. 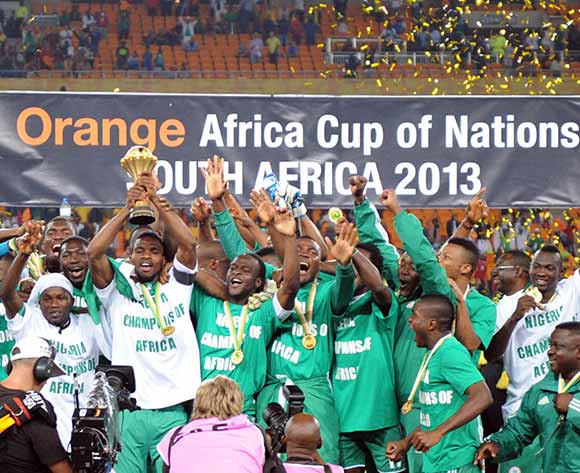 ©Standard Gazette, 2021. Unauthorized use and/or duplication of this material without express and written permission from this site’s publisher is strictly prohibited. Excerpts and links may be used, provided that full and clear credit is given to Standard Gazette with appropriate and specific direction to the original content.
AFCONSouth AfricaSuper Eagles
1 18
Share

Who will be the next Pope?

Kenya buoyed ahead of Mali clash