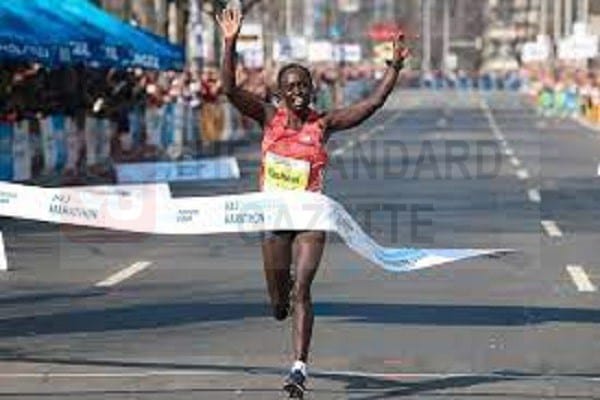 AIU announced on Thursday that Mutgaa tested positive for the banned substance testosterone and remains prohibited from taking part in any competition for the period stated.

All results from the races she has taken part in between May 16, 2021, until now have been nullified.

The 28-year-old Kenyan athlete tested positive for the prohibited substance Methasterone and was withdrawn from the 2020 Olympics team with only a few hours remaining to the men's 100m heats.

Otieno is one of the four athletes who failed the tests carried out by the International Testing Agency (ITA) in the recently concluded Olympic Games in Tokyo, Japan.

Others were 1500m athlete Sadik Mikhou of Bahrain, Benik Abramyan (shot put) of Georgia, and Chijindu Ujah of Great Britain.