70,000 Applications For Passports Pending Due To Lack Of Funds 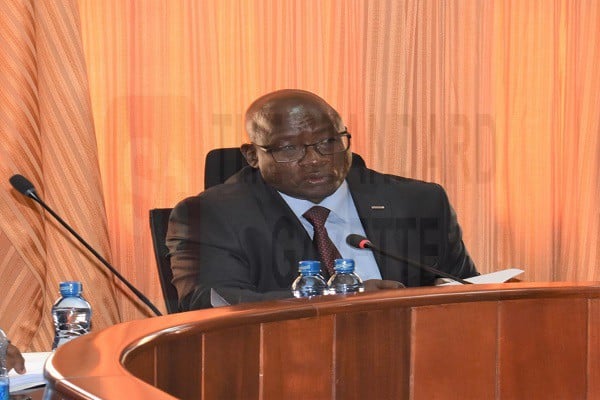 Kenya's Senate Committee on National Security, Defense, and Foreign Relations, Chaired by Baringo Senator William Cheptumo, met on Thursday to deliberate on the status of the Immigration Services.

It emerged during the meeting that there are 70,000 applications for passports pending at the Department due to a lack of funds.

Among other issues raised by the Officers was the need for the Committee to help push for Treasury`s quick action to save the Officers working in foreign missions, noting that the Officers have gone without receiving salaries, allowances, and general support for some period demoralizing them greatly.

The Officers cited a situation in one of the foreign countries where an employee in the foreign mission has gone into depression due to a lack of financial support.

The Officers narrated how the employees in the 34 foreign missions have been calling them every day and night for support, although they revealed to the Committee how helpless they have been as the buck stops at the National Treasury, which has not shown commitment to resolving the issue.

In addition, the Officers appealed to the Committee to help transform the Department`s ICT system by lobbying for more funding from the National Treasury to acquire modern equipment.

They expressed fears of the Department reverting to manual if necessary steps will not be taken to offer more funding to the Department. The Officers revealed the sorry state of the equipment they are using. The current printers they are using now manage to only print 1,500 passports per day instead of the ones that can print 10,000 passports a day.

Further, the Officers wondered why employees in the Immigration Department are treated differently from others working closely in the same line, quoting those working in the Security Department and Kenya Revenue Authority.

The Department gave several recommendations to the Committee, key among them devolving of Immigration services, the introduction of express visas, and re-introducing of service passports.

In addition, they called upon the state to intensify security at the border points to help smoothen work at entry points.

The Officers revealed that the Department targets raising 20 billion annually, though, at the moment, it can only raise approximately 12 billion due to several bottlenecks that hinder it from realizing its target. The Department was initially raising 15 billion a year through. The amount went up to 5 billion annually during Covid-19 before rising again to the current 12 billion.

Members of the Committee sympathized with the situation in the Immigration Service and promised to step in urgently and initiate measures to correct the situation. Further, the lawmakers assured the Officers that as a Committee, they will endeavor to develop legislation that will address most of the issues raised.

©Standard Gazette, 2021. Unauthorized use and/or duplication of this material without express and written permission from this site’s publisher is strictly prohibited. Excerpts and links may be used, provided that full and clear credit is given to Standard Gazette with appropriate and specific direction to the original content.
committeeImmigrationKenyaPassportsSenate
0 14
Share

Wetang'ula In Juba For EALA Games