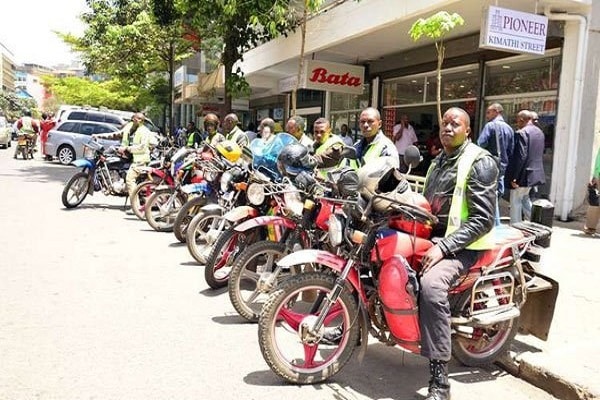 Police are holding a military man accused of firing at a motorcycle rider who dropped his daughter home on Thursday evening.

The incident occurred at the military man's home in Syokimau, Machakos County, south of Nairobi.

In a statement, the Directorate of Criminal Investigations (DCI) said that Wycliffe Atendo, an online motorcycle operator in Nairobi, had received a request from a client to drop her at the White House estate in Syokimau.

"Atendo picked the client, a 21-year-old lady, outside a pharmacy along Kimathi street (Nairobi CBD) and set off for the 20-kilometer journey," said the DCI.

The duo arrived at the agreed address, and as the woman was about to pay him, a man quickly emerged from the gate and gave her a beating before showing her into the compound.

As the rider pondered his next move, the enraged man whipped out a firearm and fired at him instead, making him flee the scene for dear life.

"The rider reported the incident at Syokimau police station, and our officers responded swiftly.," added DCI.

They established that the man was a military doctor armed with a Glock pistol and 42 rounds of 9mm calibre.

©Standard Gazette, 2021. Unauthorized use and/or duplication of this material without express and written permission from this site’s publisher is strictly prohibited. Excerpts and links may be used, provided that full and clear credit is given to Standard Gazette with appropriate and specific direction to the original content.
dciMilitary manNairobiSyokimauWycliffe Atendo