Corporates Urged To Invest In Nature 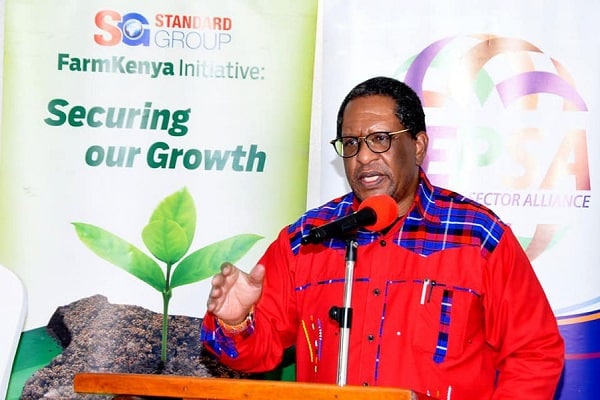 Environment and Forestry Cabinet Secretary Keriako Tobiko has called on corporates to prioritize nature since 'you cannot make a profit at the expense of nature.

"For every dollar you invest in the nature-positive enterprise, you get 15 to 30% profit, it is not only the right thing to do, but it makes business sense," CS Tobiko said.

Speaking at a Nairobi Hotel during the Corporates in Climate Action breakfast meeting, CS Tobiko said, "If you think the environment is inferior to the economy, try counting your money while holding your breath", adding that there is no way you can prosper at the expense of the planet.

The CS said the planet belongs not only to us but to the future generations yet to be born who will bear the brunt of the devastating consequences of the three planetary crises.

The CS decried the destruction of forests, citing statistics which show that every minute the world loses 27 soccer fields equivalent to forests.

The CS thanked corporates for their contributions to the two billion trees and called on them to avoid greenwashing and tokenism, saying that it shouldn't be business as usual.

CS Tobiko emphasized that climate change is now a crisis, citing UN Secretary-General Antonio Guterres, who rightly put it "Code Red for Humanity", and the IPCC report, which says "our house is on fire".

The CS called for concerted efforts to tackle climate change, adding that government alone cannot deliver, calling on developed countries and corporates to join hands "no one is immune from its dire consequences".

"From the heatwaves and extreme temperatures in Japan and India, forest fires in Australia, melting glaciers in the Alps, mega droughts in USA, Europe and Africa are realities of climate change."

CS Tobiko stated that although Africa and Kenya contribute less than 5% and 0.1% of greenhouse gases, respectively, it affects 5% of the GDP. Due to its interconnectedness with pollution and waste, biodiversity loss and nature, it should be handled holistically.

On COP 27, CS Tobiko reiterated the importance of the African voice and the private sector's role in coming up with the country position paper. The CS added, " The country's position should be all-inclusive, not just government.

©Standard Gazette, 2021. Unauthorized use and/or duplication of this material without express and written permission from this site’s publisher is strictly prohibited. Excerpts and links may be used, provided that full and clear credit is given to Standard Gazette with appropriate and specific direction to the original content.
Facebook0
Twitter0
Whatsapp0
Google+
Pinterest0
Linkedin0
DiggDigg0
Tumblr0
Stumbleupon
VKontakte0
Reddit0
Delicious0
Weibo0
Xing0
Print0
E-mail0
Total
0
BreakfastCorporatesKeriako TobikoNature

An Illegal Firearm Recovered In Laikipia