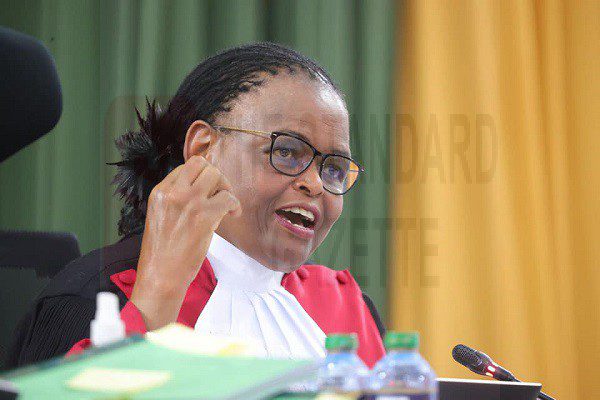 The Chief Justice (CJ), in her presentation to Senators via a video link, said the courts have been at the forefront defenders of Devolution.

"In every instance when Devolution has been threatened, the courts and specifically the Supreme Court has stepped in to defend the spirit of Devolution," she added.

The CJ cited some instances where the court made declarations in favour of the Senate.

"In 2013, the Supreme Court opined in an Advisory Opinion that the Senate has a clear role to play in the processing of the Division of the Revenue Bill," the CJ stated as one of the cases.

The CJ further noted that the Courts have faithfully acted in a manner to ensure institutions established under the devolved system of government function.

The CJ also stressed the need for the two institutions to work together to serve the people and realize the promises of the Constitution, including enabling the devolved system of government to work optimally.

©Standard Gazette, 2021. Unauthorized use and/or duplication of this material without express and written permission from this site’s publisher is strictly prohibited. Excerpts and links may be used, provided that full and clear credit is given to Standard Gazette with appropriate and specific direction to the original content.
Share on Social Media
twitterfacebookwhatsapplinkedintelegram
Follow us on Social Media
twitterfacebookinstagramyoutubelinkedinwhatsappgoogle playtelegram
Chief JusticeMartha Koome