Detectives recover one firearm in a night battle with armed thugs 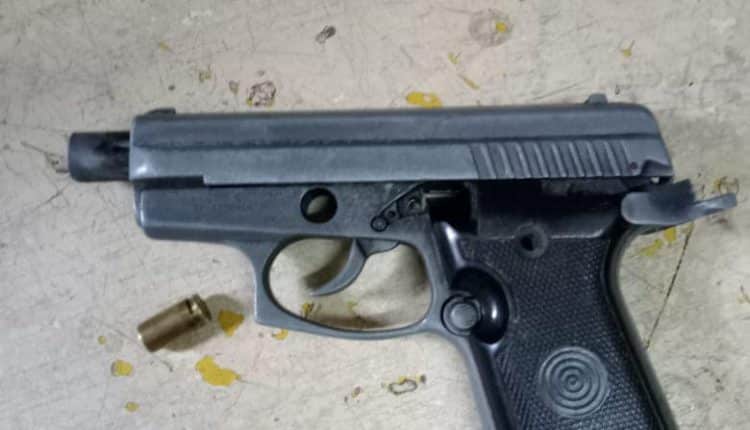 One robbery with violence suspect was shot dead on Saturday night as two others escaped with gunshot injuries after they attacked a man in Starehe, Nairobi.

In a fierce shootout that left one of our officers with hip injuries from the onslaught, the officers also recovered a pistol and three rounds of ammunition from the slain thug.

The Directorate of Criminal Investigations reported that the thugs had attacked a man walking home from watching the UEFA Champions League finals.

He had not walked for more than 10 minutes before three armed men on a motorbike accosted him and made away with his mobile phone and Sh14,550 cash. They also roughed him up thoroughly, leaving him sobered up with a swollen black eye.

"As the thugs sped towards St. Teresa Catholic Church, the victim ran in the opposite direction towards Pangani police station to file his report," said the DCI.

DCI officers on patrol within Juja road were raised via control, and the matter was brought to their attention. It didn't take the battle-hardened before they spotted the three robbers.

They ordered them to surrender, but the defiant thugs opened sporadic fire toward the officers, who immediately dashed down on a trench to dodge the oncoming bullets. They responded decisively to the provocation.

As a result, one thug was killed on the spot as his two accomplices escaped with one of the detectives hot in their pursuit.

Medical practitioners are asked to report to authorities immediately they receive patients with bullets lodged in their hindquarters.

Meanwhile, the body of the fatally injured thug is currently at the city mortuary pending postmortem and identification.

©Standard Gazette, 2021. Unauthorized use and/or duplication of this material without express and written permission from this site’s publisher is strictly prohibited. Excerpts and links may be used, provided that full and clear credit is given to Standard Gazette with appropriate and specific direction to the original content.
detectivesfirearmthugs

Man fighting for his life after drinking a stupefied drink