Government Of Kenya To Switch Off Fake And Stolen Mobile Phones 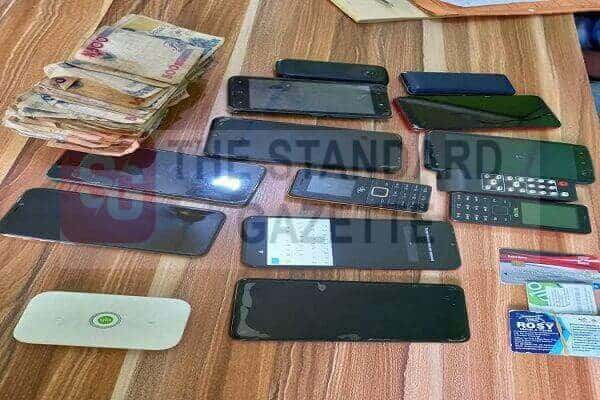 Mobile phones that have been stolen or counterfeited will be turned off, according to the Communications Authority of Kenya (CA).

The Authority stated in a statement that it would create a database for all mobile devices in the country, splitting them into legal and unlawful devices, with the latter being denied service by mobile network operators (MNOs).

“The system will function by evaluating data dumps received from mobile network operators and generating a blacklist, a white list, and a grey list,” according to the document.

CA said the action is intended to eliminate the presence of counterfeit and illicit phones on the market.

It noted that mobile operators will restrict services to users who use mobile phones whose International Mobile Equipment Identity (IMEI) numbers have been blacklisted by the regulator because they are counterfeit or have been obtained through questionable ways such as theft.

The submission of the IMEI number of gadgets that will be introduced into the Kenyan market in the future will be mandatory for importers in order to prevent counterfeit, stolen, and illegal ICT devices from entering the country.

This will prevent illegal mobile handsets and other ICT devices from entering the Kenyan market.

In the recommendations, which were released on Tuesday, the CA states that “the authority shall build a framework to assist in combating the proliferation of counterfeit and illegal ICT devices as well as curbing the theft of ICT devices.”

The Authority also stated that mobile carriers will be compelled to restrict access to users who use counterfeit or illegal devices, although they will first be required to notify them of the denial of service.

Mobile carriers will also be forced to implement technologies in their networks that will allow them to communicate with the CA’s management system, which will be integrated with the global IMEI database, according to the company.

©Standard Gazette, 2021. Unauthorized use and/or duplication of this material without express and written permission from this site’s publisher is strictly prohibited. Excerpts and links may be used, provided that full and clear credit is given to Standard Gazette with appropriate and specific direction to the original content.
Kenyamobile phones
0 11
Share

Samuel Ouma is an enthusiastic communication and media personnel with five years of experience. Samuel holds a Bachelor Degree in Communication and Media from Laikipia University, Kenya. He specializes in research, news writing, editing and presenting, photography, videography as well as communication-related issues inside and out an organization.

Two In Possession Of Ivory Arrested

Kenya To Address Past And Emerging Forest Land related Issues