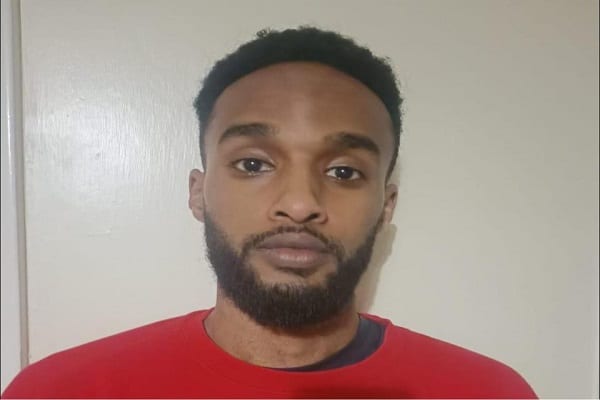 Photo courtesy of the DCI

Mohamed Nagi Mohamed Magzoub, the holder of Sudanese passport number P07811549, was flushed out of his hideout in Nairobi following a stealth operation conducted by Transnational and Organized Crimes detectives at the University of Nairobi staff quarters.

His arrest followed information received by our officers from a public member.

Arrangements to extradite the suspect to his home country, where he will face justice, are currently in top gear as the Directorate of Criminal Investigations looks for the next available flight to Khartoum to hand him over to Sudanese authorities.

"The Directorate has in recent months registered an increase in arrests of international fugitives wanted for serious crimes in their countries, thanks to the excellent working relationship between the INTERPOL National Central Bureau based at our headquarters and other member countries," stated the DCI in a statement.

The elevation of the Director General-DCI George Kinoti to the INTERPOL Executive Committee late last year has also given a fresh impetus to the relationship between the regional INTERPOL bureau based at DCI headquarters and the Directorate.

©Standard Gazette, 2021. Unauthorized use and/or duplication of this material without express and written permission from this site’s publisher is strictly prohibited. Excerpts and links may be used, provided that full and clear credit is given to Standard Gazette with appropriate and specific direction to the original content.
ArrestedDCI.FugitiveNairobiSudanese

Cops on patrol save man's life from irate motorcycle riders