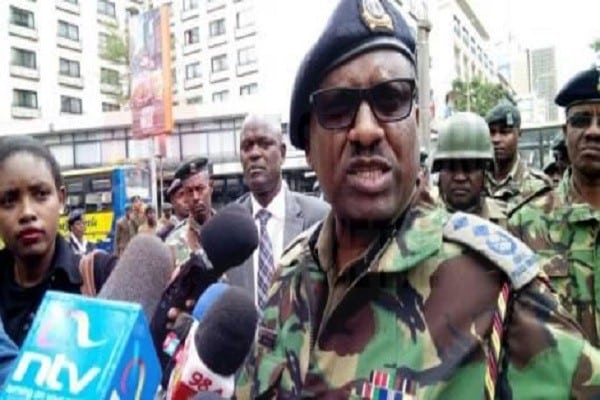 Koome will take over from the outgoing Hillary Mutyambai, who has proceeded on terminal leave ahead of his expiration of his tenure.

This was announced by President William Ruto while unveiling his cabinet.

"After discussing with Mr. Mutyambai and in consideration of his service to our nation and his health situation, I have accepted that Mr. Mutyambai will proceed on terminal leave," said Ruto.

Mutyambai was admitted to the Aga Khan Hospital's High Dependence Unit after falling sick in August.

He had six months left on his contract as Inspector General of Police.

©Standard Gazette, 2021. Unauthorized use and/or duplication of this material without express and written permission from this site’s publisher is strictly prohibited. Excerpts and links may be used, provided that full and clear credit is given to Standard Gazette with appropriate and specific direction to the original content.
Hillary MutyambaiJapheth Koome
0 21
Share