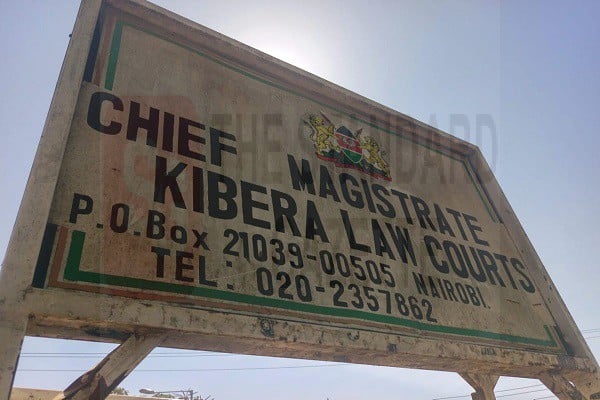 A businessman accused of raping a woman who sent him an explicit video has been charged.
The suspect Bernard Ndungu Ngumbi was arraigned in Kibera Law Courts on Tuesday.

According to the court, the complainant sent a pornographic film to the accused person's phone and afterwards paid him a visit at his workplace.

When the woman visited, the accused was at a stand selling clothes along the Railway in the Kibera sub-county.

They subsequently watched the video together and agreed to spend some time at the accused person's house, where he is accused of committing the crime.

©Standard Gazette, 2021. Unauthorized use and/or duplication of this material without express and written permission from this site’s publisher is strictly prohibited. Excerpts and links may be used, provided that full and clear credit is given to Standard Gazette with appropriate and specific direction to the original content.
Share on Social Media
twitterfacebookwhatsapplinkedintelegram
Follow us on Social Media
twitterfacebookinstagramyoutubelinkedinwhatsappgoogle playtelegram
ManrapeWoman

Myths And Misconception Affect Use Of Modern Contraceptives, Says Ministry Of Health