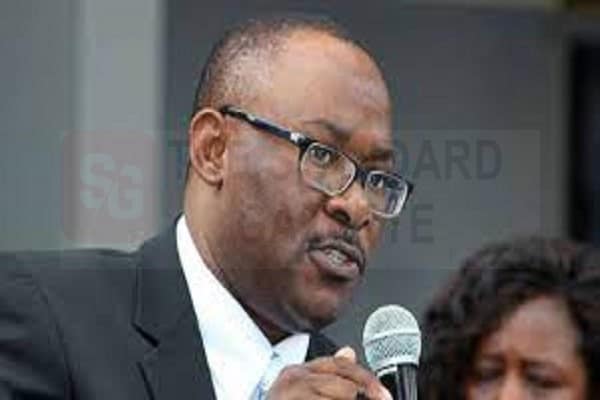 Kenyan lawmaker Timothy Wanyonyi has said that he has no intention to vie for Nairobi gubernatorial seat in the next year’s General polls.

The Nairobi’s Westland lawmaker responded to one of his social media followers who had inquired if he would go for the county top seat.

“No, I’m not going for the gubernatorial seat,” he said.

Mr. Wanyonyi is also not concerned by other people’s interests in the Westland parliamentary seat.

The Legislator will face stiff competition Law Society of Kenya President Nelson Havi, who is putting his house to unseat him.

A student who sneaked into neighbourhood school’s…

Wanyonyi was elected to represent Westland residents in the Parliament in 2013 on ODM party ticket and was re-elected in 2017.

Reports show that Mr. Wanyonyi is among the best-performing legislators in the country.

In mid-May, a research firm, Mizani Africa, rated him the best performing MP in 2021 alongside his Thika Town counterpart Jungle Patrick Wainaina.

©Standard Gazette, 2021. Unauthorized use and/or duplication of this material without express and written permission from this site’s publisher is strictly prohibited. Excerpts and links may be used, provided that full and clear credit is given to Standard Gazette with appropriate and specific direction to the original content.
KenyalawmakerTimothy Wanyonyi
0 15
Share

Samuel Ouma is an enthusiastic communication and media personnel with five years of experience. Samuel holds a Bachelor Degree in Communication and Media from Laikipia University, Kenya. He specializes in research, news writing, editing and presenting, photography, videography as well as communication-related issues inside and out an organization.

No more dusk to dawn curfew in Kenya

A student who sneaked into neighbourhood school’s…