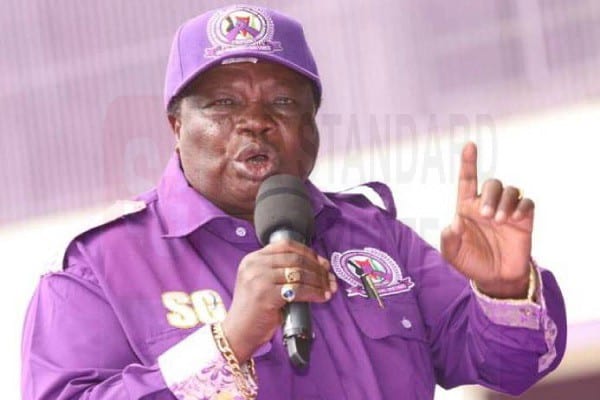 Francis Atwoli, Secretary General of Kenya's Central Organization of Trade Unions (COTU), has been re-elected for a fourth term as Vice President of the International Trade Union Confederation (ITUC).

Atwoli was elected to the position during the ongoing 5th Congress of the trade union organization in Melbourne, Australia. More than 2000 delegates unanimously approved Atwoli's nomination.

"The position you have just bestowed on me this morning isn't an easy one. You are sending me to fight for working men and women wherever they are in the world. I will never let you down. I will stand for your interests and always put up my life for you," said Atwoli.

Atwoli was previously elected unopposed to the ITUC's Seven-Member Credentials Committee, which determines who qualifies as a delegate of the confederation.

In addition, Atwoli was elected as a titular member to the ITUC General Council to represent the Eastern Africa Region after being proposed by a Tanzanian delegate and seconded by trade union leaders from Uganda, Rwanda, Burundi, Somalia, and Mauritius, among others.

©Standard Gazette, 2021. Unauthorized use and/or duplication of this material without express and written permission from this site’s publisher is strictly prohibited. Excerpts and links may be used, provided that full and clear credit is given to Standard Gazette with appropriate and specific direction to the original content.
AustraliaBurundicotuFrancis AtwoliITUCMauritiusMelbourneRwandaSomaliaTanzaniaTrade UnionistUganda
0 15
Share

Another Building Collapses In Kiambu, and No Casualties Reported