Manhunt For Two Robbers Who Robbed An Indian Launched 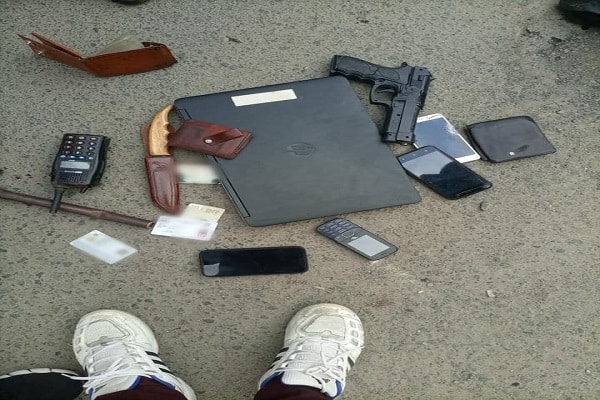 Police have arrested a robber who robbed an Indian in Mombasa Road, Nairobi, while two others escaped.

The three hardcore robbers, armed with pistols and other offensive weapons, had accosted and robbed one Indian of his personal property, including phones and a laptop.

As they were making away after the crime, they were confronted by police officers on duty.

Alarmed, they fired at the officers who engaged them promptly, fatally injuring three with two of their accomplices escaping.

Reinforcements were called in and are in hot pursuit of those on the run. The robbed phones and laptop were recovered.

"We commend the officers for their prompt response. The National Police Service remains committed to ensuring security for all," said the police.

©Standard Gazette, 2021. Unauthorized use and/or duplication of this material without express and written permission from this site’s publisher is strictly prohibited. Excerpts and links may be used, provided that full and clear credit is given to Standard Gazette with appropriate and specific direction to the original content.
IndianPolicerobbers