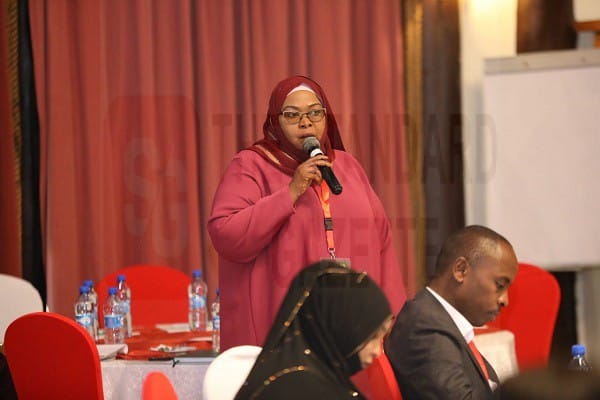 The Induction Retreat for the Members of the National Assembly entered the third day on Thursday with lawmakers splitting into breakway groups for interactive sessions with the Directorates of Legislative and Procedural Services (DLPS), and Legal Services.

The sessions were chaired by George Murugara and Makali Mulu and facilitated by officers from the two Directorates led by Directors, Mr. Samuel Njoroge and Ms. Vane Akama.

During the session by DLPS, the legislators were taken through the Speaker's Rules as well as the Rules and Procedures of the House.

The resource persons underscored the roles of the Directorate of Legislative and Procedural Services in facilitating the National Assembly with the preparation of the draft Parliamentary Calendar, processing and circulation of the Order Paper as well as offering procedural advice to the House Leadership.

They were also apprised on the roles of the Clerk of the House and that of Parliamentary staff.

Additionally, Members were informed that lawmaking is a critical mandate and that the Directorate of Legal Services facilitates the House in drafting Legislative Proposals, Bills, Committee Stage Amendments, scrutinizing petitions and providing legal advice to the Speaker and Members.

The session saw members get guidance on Committee operations with regard to the number of sittings held, quorum issues, members' rights to make contribution and seek clarifications during committee sittings, their expected Legislative and Oversight roles as members of these committees, as well as avenues for them to explore while seeking to discharge their representative duties to their constituents.

©Standard Gazette, 2021. Unauthorized use and/or duplication of this material without express and written permission from this site’s publisher is strictly prohibited. Excerpts and links may be used, provided that full and clear credit is given to Standard Gazette with appropriate and specific direction to the original content.
Share on Social Media
twitterfacebookwhatsapplinkedintelegram
Follow us on Social Media
twitterfacebookinstagramyoutubelinkedinwhatsappgoogle playtelegram
George MuragaraMakali MuluMPSNairobi