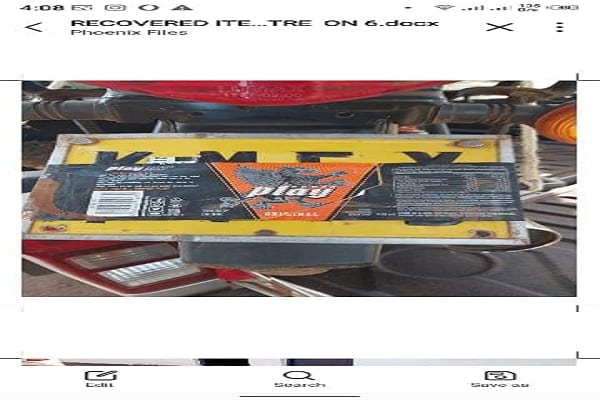 The four suspects believed to have been behind a spate of robberies in Busia County, Western Kenya, have been arrested.

Interrogating the suspect led to further arrests of Stephen Bwire Wandera, Phanuel, Mogen Oyango and Clinton Ojiambo, who were apprehended at the Agenga location in Samia Sub-County.

An assortment of items was recovered at the suspects' premises, including a motorcycle, a Government of Kenya Digital learning tablet, Police uniform, several sacks of sugar, and cooking oil, among other items.

The suspects are currently being detained at Sioport Police Station as they assist the law enforcement officers with Investigations.

National Police Service officers are scaling up security in the area. They have urged the public to remain vigilant, report suspicious persons, and share information to assist the law enforcement teams.

©Standard Gazette, 2021. Unauthorized use and/or duplication of this material without express and written permission from this site’s publisher is strictly prohibited. Excerpts and links may be used, provided that full and clear credit is given to Standard Gazette with appropriate and specific direction to the original content.
Busia CountyPoliceSuspects