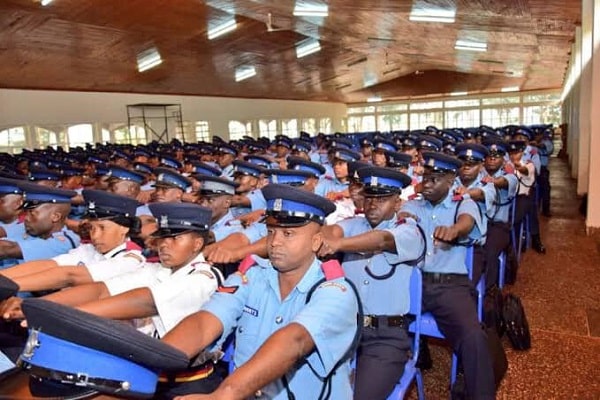 Ten recruits who used fake academic documents to be enlisted as Police Constables in the National Police Service (NPS) have been arrested.

They were nabbed in Kiganjo while undergoing training, and their courses terminated with immediate effect.

This was after the region's premier police training institution, the National Police College Main Campus-Kiganjo, conducted due diligence on the authenticity of the recruits' academic documents and discovered the high-level forgery.

A report forwarded to the college by the Kenya National Examination Council (KNEC) declared their Kenya Certificate of Secondary School Education documents presented by the recruits as forged.

Investigations into their forged certificates indicated that some subject grades and mean grades had been deliberately altered to match the minimum requirements for joining the service.

"After their arrest, the fake documents were confiscated and kept in safe custody as exhibits, to be used as evidence against them in court," said the Directorate of Criminal Investigations.

The suspects have since lost their slots in the service after failing the integrity test and three months of rigorous training.

They are currently cooling their heels at the Kiganjo police station pending arraignment for forgery and other relevant charges.

The ten are among 5,000 police constables recruited in March this year as part of the government's efforts to increase the ratio of Police to civilians to improve service delivery to Kenyans.

©Standard Gazette, 2021. Unauthorized use and/or duplication of this material without express and written permission from this site’s publisher is strictly prohibited. Excerpts and links may be used, provided that full and clear credit is given to Standard Gazette with appropriate and specific direction to the original content.
DocumentsNational Police ServiceRecruits