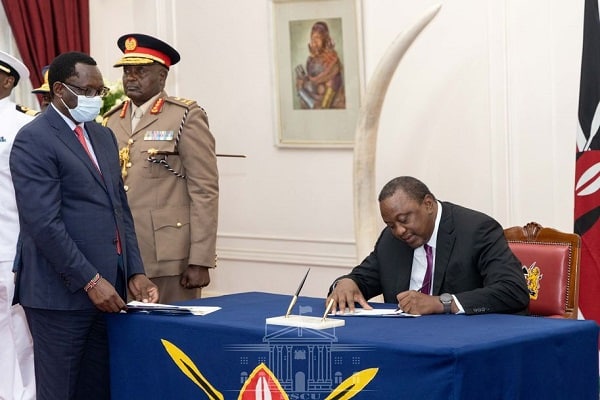 The Act, which establishes a regulatory and institutional framework for managing military veterans' affairs, provides benefits to military veterans and their dependants, including the establishment of the Dependants' Education Fund by the Defence Council.

The Fund will provide scholarships for the education of the children of deceased military veterans.

The Act further makes provisions for the Defence Council to prescribe regulations for the administration of the Fund, including the procedure for processing scholarship applications.

The new law also establishes the advisory committee on military veterans that will advise and make recommendations to the Defence Council, Cabinet Secretary or Director of Military Veterans on any matter relating to the military veterans or their dependants.

Under the Act, the powers of the Defence Council include developing a policy on military veterans and considering proposals by the Cabinet Secretary, the Chief of Defence Forces or the Director of Military Veterans regarding the policy on funding and budgeting in connection with the military veterans' affairs.

Present were Chief of Defence Forces Gen. Robert Kibochi, service commanders, representatives of the military veterans and Solicitor General Kennedy Ogeto, among others.

©Standard Gazette, 2021. Unauthorized use and/or duplication of this material without express and written permission from this site’s publisher is strictly prohibited. Excerpts and links may be used, provided that full and clear credit is given to Standard Gazette with appropriate and specific direction to the original content.
BillDefence CouncilmilitaryUhuru Kenyatta