Raid on drug dens at Nairobi's Bridgestone and Columbia areas 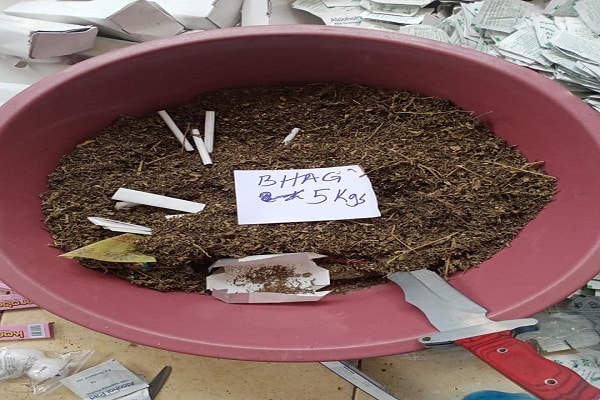 Police officers have conducted a raid at Bridgestone and Columbia areas along Mathare River, Nairobi.

The areas had become a hub of drug peddling, drug abuse and illegal gambling activities. Six suspects were arrested during the raid.

"The raid was aimed at dismantling these dens, which had become a nuisance in the neighbourhoods," said the police.

Police recovered one kg of heroine, five kilogrammes of cannabis Sativa and illicit brew from the dens.

©Standard Gazette, 2021. Unauthorized use and/or duplication of this material without express and written permission from this site’s publisher is strictly prohibited. Excerpts and links may be used, provided that full and clear credit is given to Standard Gazette with appropriate and specific direction to the original content.
BridgestoneColumbiaPolice officersraidSuspects
0 13
Share