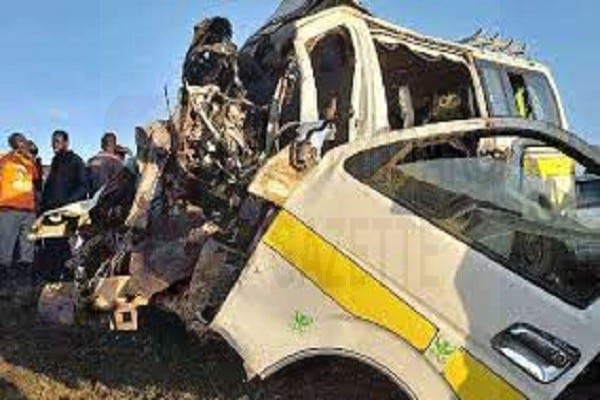 In a statement released on Wednesday, the National Police Service said the deaths occurred between January 1 and September 26.

In the same period, 15924 road crashes were recorded, out of which 3541 were fatalities. The crashes left 7236 people with severe injuries while 5147 others were slightly injured.

Police spokesperson Bruno Shioso further stated that in the last week, 145 people had lost their lives due to road accidents.

Shioso attributed the sudden surge in road accidents to overspeeding, non-usage of seat belts by passengers, and poor mechanical conditions of vehicles.

"Driver behaviour such as speeding leading to loss of control in high-occupancy vehicles and poor mechanical condition of vehicles resulting in brake failures and tyre bursts were some of the noted causes," said Shioso.

©Standard Gazette, 2021. Unauthorized use and/or duplication of this material without express and written permission from this site’s publisher is strictly prohibited. Excerpts and links may be used, provided that full and clear credit is given to Standard Gazette with appropriate and specific direction to the original content.
15924354151477235Bruno ShiosoLivesNational Police ServiceRoad accident
0 11
Share

Unclaimed Bodies To Be Disposed In Nairobi

Police Officer Kills Self In Gilgil