Senators Head To Nakuru For A Retreat 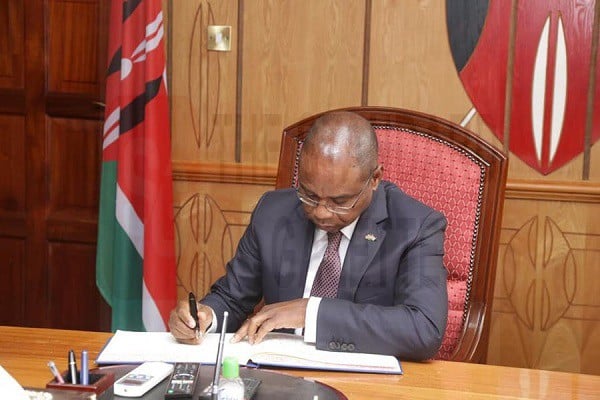 The Speaker of the Senate, Amason Kingi, EGH, on Tuesday, September 19, 2022, will open a 5-day induction retreat for Senators at Nakuru County, northwest of Nairobi.

The retreat's theme is: Understanding the mandate of the Senate: Strengthening Devolution through Legislative agenda.

Senators will be taken through detailed and elaborate discussions by various government and private sector speakers.

Key speakers expected at the induction include Chief Justice Martha Koome, who will speak on the emerging jurisprudence on Kenya's devolved governance.

Senators will also be taken through various topical discussions, including the relationship between the Senate and Constitutional Commissions, the Budget approval process and the role of the Senate, the role of development partners in Devolution, media engagement and public awareness, and legislative and committee business in the Senate.

The Clerk of the Senate, Mr. Jeremiah Nyegenye, will lead other parliamentary senior staff as key internal resource persons.

©Standard Gazette, 2021. Unauthorized use and/or duplication of this material without express and written permission from this site’s publisher is strictly prohibited. Excerpts and links may be used, provided that full and clear credit is given to Standard Gazette with appropriate and specific direction to the original content.
Share on Social Media
twitterfacebookwhatsapplinkedintelegram
Follow us on Social Media
twitterfacebookinstagramyoutubelinkedinwhatsappgoogle playtelegram
Martha KoomeRetreatSenators

Woman dies in car accident after chasing husband and 'side chick'