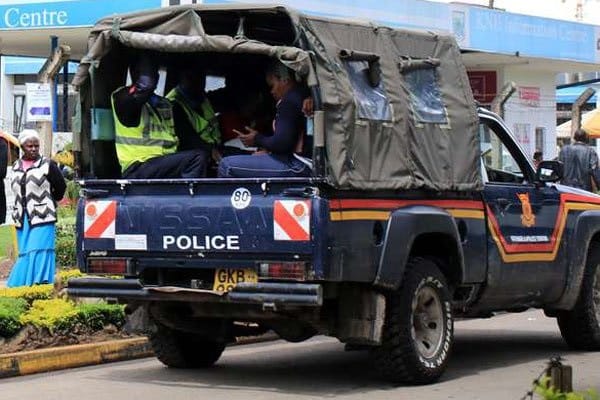 Detectives have arrested the serial killer behind the monstrous murders that have rocked the Nakuru north area of Mawanga and its environs recently.

Evans Michori Kebwaro was smoked out of his hideout yesterday afternoon in Keroka, Kisii County, southwestern Kenya, where he had gone into hiding immediately after detectives launched his manhunt.

"But before his arrival in Nakuru, Kebwaro had revealed the names of five of his accomplices Julius Otieno, 27, Josphat Simiyu, 24, Dennis Mmbolo, 25, Isaac Kinyanjui, 18 and Makhoha Wanjala, 25, all of whom have been rounded up in a stealth operation conducted this morning in Nakuru, by a specialized team of detectives," said the Directorate of Criminal Investigations.

A Police Officer Accused Of Robbing A University Student…

The sleuths from the elite Crime Research & Intelligence Bureau, augmented by their Special Services Unit (SSU) counterparts, arrested the mastermind, whom they have since established is a jailbird with a criminal past who has previously been convicted and served sentences in prison.

The arrest of the main suspect and his gang comes barely 24 hours after a high-powered security meeting held in Nakuru led by the cabinet secretary for Interior, Dr. Fred Matiang'i, following a presidential order.

Preliminary investigations indicate that Kebwaro is responsible for at least 3 murders committed within the Mawanga area and its environs, which followed a similar modus operandi and were reported at Kiugoine police station between June 15 and 24 this year.

All the murders targeted women and were committed during the day, with the victims' bodies being found in the bedroom after being set ablaze.

Preliminary investigations indicate that the bloodthirsty killer would first rape the victims before strangling them and setting their lifeless bodies on fire under a heap of clothes.

©Standard Gazette, 2021. Unauthorized use and/or duplication of this material without express and written permission from this site’s publisher is strictly prohibited. Excerpts and links may be used, provided that full and clear credit is given to Standard Gazette with appropriate and specific direction to the original content.
dciEvans Michori KebwaroKerokaNakuruSerial Killer
0 20
Share

A Police Officer Accused Of Robbing A University Student Arrested