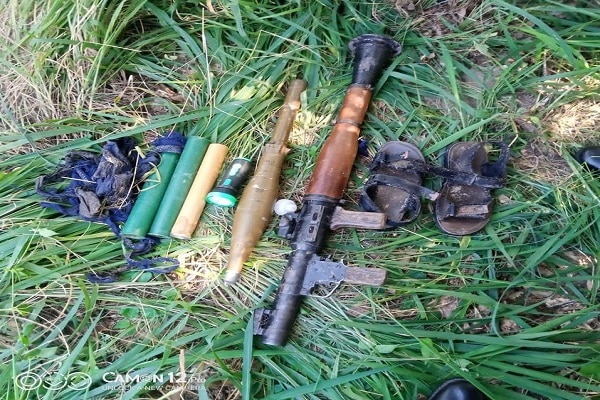 The arrest occurred following an intelligence-led operation to flush out remnants of Alshabaab militants hiding in Boni forest.

The suspect is reportedly part of a group of other militants believed to have recently staged a foiled attack on a National Police Service camp.

He had a visible suspected gun-inflicted wound on the left leg above the ankle allegedly sustained in the previous foiled attack.

The suspect has since been placed in custody as security teams are out to pursue his accomplices believed to be holed up in the Boni forest.

©Standard Gazette, 2021. Unauthorized use and/or duplication of this material without express and written permission from this site’s publisher is strictly prohibited. Excerpts and links may be used, provided that full and clear credit is given to Standard Gazette with appropriate and specific direction to the original content.
AlshabaabBoni ForestLamuMilimani areaTerror
0 16
Share

Military Attires Recovered In A House In Nakuru