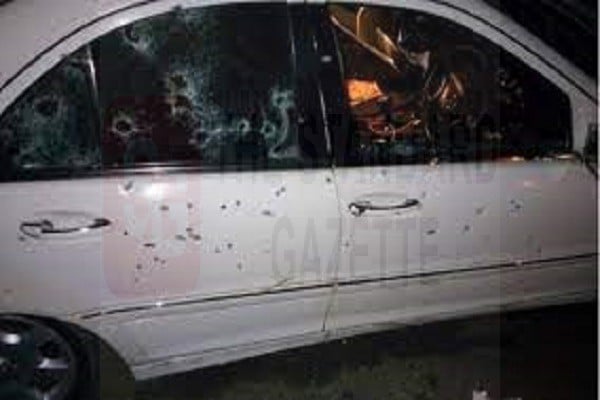 A Kenyan tycoon is fighting for his life in the hospital after a group of armed robbers shot and wounded him in Embu, the Eastern part of the country, on Monday night.

The businessman identified as Geoffrey Mwangi was reportedly on his way home when the thugs aboard a pickup attacked.

The unknown thugs are said to have blocked his car and sprayed it will bullets before fleeing the scene. Nothing was stolen during the attack.

Mwangi was rushed to Embu referral hospital before being transferred to Nairobi for specialized treatment.

The motive behind the attack is yet to be established, and police have launched a manhunt for the attackers.

"The gangsters left without stealing anything from the trader, and we have commenced investigations to establish why the victim was shot," said the area police boss Julius Kyumbule.

©Standard Gazette, 2021. Unauthorized use and/or duplication of this material without express and written permission from this site’s publisher is strictly prohibited. Excerpts and links may be used, provided that full and clear credit is given to Standard Gazette with appropriate and specific direction to the original content.
Share on Social Media
twitterfacebookwhatsapplinkedintelegram
Follow us on Social Media
twitterfacebookinstagramyoutubelinkedinwhatsappgoogle playtelegram
BulletsembuGeoffrey Mwangithugs