Unclaimed Bodies To Be Disposed In Nairobi 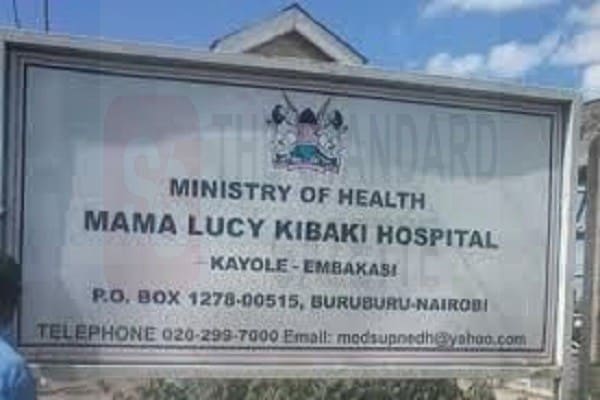 The Nairobi County government has announced that it will dispose off 236 unclaimed bodies that are in the city's mortuaries.

In a notice released on Thursday, the county said that bodies are lying at the Nairobi City Mortuary and Mama Lucy Hospital Mortuary.

Public members have been asked to collect the bodies, failure to which they will be disposed after seven days of the notice.

"The following 218 unclaimed bodies are lying at the Nairobi City Mortuary and 18 at the Mama Lucy Hospital Mortuary from the date of admission awaiting collection pursuant to the Public Health Act Cap 242 subsidiary; public health (public mortuaries) rules, 1991," read part of the notice.

"Interested members of the public are asked to identify and collect the below-named bodies within seven days, failure to which the Nairobi City County will seek authority for disposal," the notice added.

The bodies were received in the morgues between March 2021 and March 2022, having been registered in various police stations. Some have been identified, while others remain unknown.

The causes of death for unclaimed bodies range from traffic accidents, murder, drowning, shooting, natural causes, sudden death, and injustice at the hands of the mob, among others.

©Standard Gazette, 2021. Unauthorized use and/or duplication of this material without express and written permission from this site’s publisher is strictly prohibited. Excerpts and links may be used, provided that full and clear credit is given to Standard Gazette with appropriate and specific direction to the original content.
236bodiesMama Lucy Hospital MortuaryNotice
0 5
Share