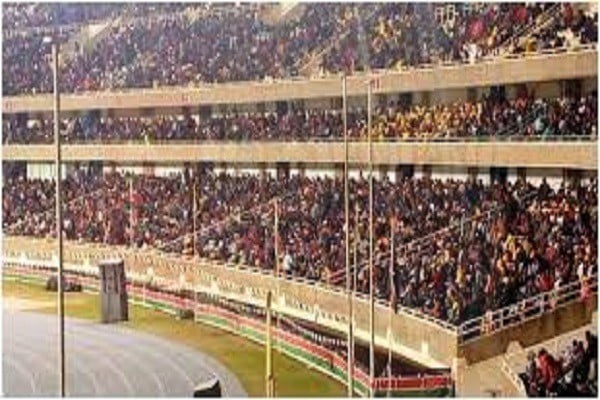 At least eight people were injured on Tuesday morning as they tried to force their way into Moi International Sports Centre, Kasarani, ahead of Ruto's inauguration.

Some sustained injuries, and Red Cross workers evacuated the victims from the scene.

Police were forced to close the gates to stop the hordes of people streaming into the stadium.

"In anticipation of being part of history, Kenyans have thronged into the venue in large numbers. By 5.00 am this morning, the venue had already filled to capacity as more people continued to troop to the venue.

Meanwhile, police spokesperson Bruno Shioso has asked Kenyans to follow the proceedings from the comfort of their homes.

"To avoid logistical challenges, this is to request the public to make alternative arrangements to view the proceedings, especially from the comfort of their homes," said Shioso.

Ten thousand police officers were mobilized to manage the event. Some are deployed in the streets and while others around the venue.

©Standard Gazette, 2021. Unauthorized use and/or duplication of this material without express and written permission from this site’s publisher is strictly prohibited. Excerpts and links may be used, provided that full and clear credit is given to Standard Gazette with appropriate and specific direction to the original content.
KasaranipeoplePolice
0 18
Share

African Head of States arrive at Kasarani for Ruto's Inauguration