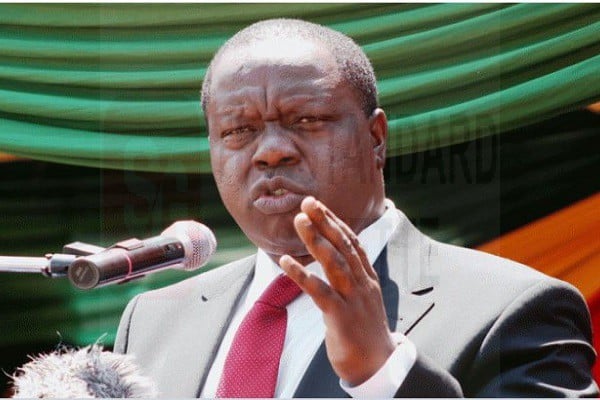 In a gazette notice dated September 8, 2022, Dr. Matiang'i said the holiday will enable Kenyans to follow the ceremony either in person or on television.

"It is notified for the general information of the public that the Cabinet Secretary for Interior and Co-ordination of National Government, in the exercise of the powers conferred by section of the Public Holidays Act, declares Tuesday, the September 13 2022, a public holiday, being the date of the swearing-in of the President-elect and Deputy President-elect," read the gazette notice in part.

The event will take place at Moi International Sports Stadium, Kasarani, in the outskirts of Nairobi.

"In the exercise of the powers conferred by section 12 (2) of the Amption of the Office of the President Act. 2012. It is notified by the Assumption of the Office of President Committee that the swearing-in ceremony of the President-elect shall take place on Tuesday, September 13 2022, at the Moi International Sports Centre, Kasarani, in Nairobi City County, commencing at 10.00 O'clock in the forenoon," read the notice published by the Head of Public Service Joseph Kinyua.

©Standard Gazette, 2021. Unauthorized use and/or duplication of this material without express and written permission from this site’s publisher is strictly prohibited. Excerpts and links may be used, provided that full and clear credit is given to Standard Gazette with appropriate and specific direction to the original content.
0 70
Share