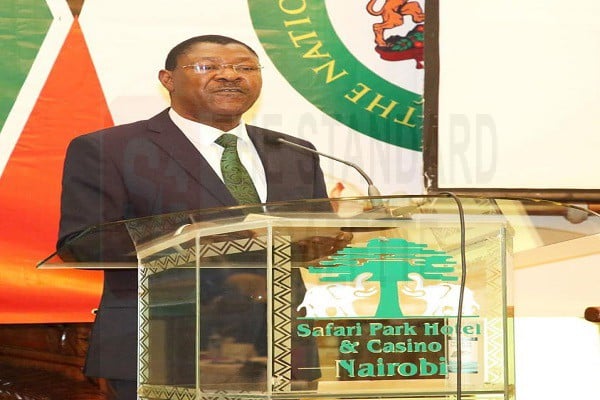 In his opening remarks, the Hon. Speaker of the National Assembly stated, "The composition of the 13th Parliament reflects a new dawn for our country. We adopted a new constitutional order that has transformed Kenya's legal, political, economic, and social landscape.

Since the promulgation of the 2010 Constitution, we have strengthened our governance institutions, improved representation for marginalized groups, and expanded the space for democratic freedom. Notably, the number of female Members of the National Assembly has risen from 76 in the 12th Parliament to 82 in the 13th, with 29 women elected to represent single-member Constituencies."

Members of the National Assembly present during the opening session agree that the retreat is a "strategic assembly" of Members that seeks to orientate and familiarize all Members with their mandate and the tasks that lie ahead.

It also aims to empower Members with the necessary tools and skills to execute the mandate delegated to them by the people.

With the theme "Setting the Stage for a Smooth Take-Off", the retreat is an opportunity for Members to interact formally with the various directorates of the National Assembly, which facilitate Members to discharge their constitutional responsibilities.

"As we will discover during this induction, an MP spends far more of their working life outside the House.

The job transcends across a range of portfolio areas and is people-oriented, and involves, among others; talking about and listening to ideas, proposals, and complaints, reconciling opposing viewpoints, explaining party or government policy to citizens, and presenting citizens' views to political Parties and government, getting the requisite action out of the government on problems that confront the constituents, and examining how the government uses or abuses the power it exercises on behalf of the people of Kenya," said the Deputy Speaker, Hon. Gladys Boss Shollei.

"The programme is designed to give Members a 360-degree exposure of the working of a Member of the National Assembly. Some key topics to be covered will include: an overview of the mandate and functions of Parliament; parliamentary powers and privileges; interlinkages and inter-dependence between Parliament and the Judiciary; diplomacy, etiquette, and reputation management for legislators, among others.

These preliminary sessions will give you a general overview of your role as a Member of Parliament and how this plays out in your interactions in the House, Committees, and with other arms of government and the public," Acting Clerk Serah Kioko said.

©Standard Gazette, 2021. Unauthorized use and/or duplication of this material without express and written permission from this site’s publisher is strictly prohibited. Excerpts and links may be used, provided that full and clear credit is given to Standard Gazette with appropriate and specific direction to the original content.
Share on Social Media
twitterfacebookwhatsapplinkedintelegram
Follow us on Social Media
twitterfacebookinstagramyoutubelinkedinwhatsappgoogle playtelegram
Gladys Boss SholleiMoses WetangulaMPSparliament

African Head of States arrive at Kasarani for Ruto's…