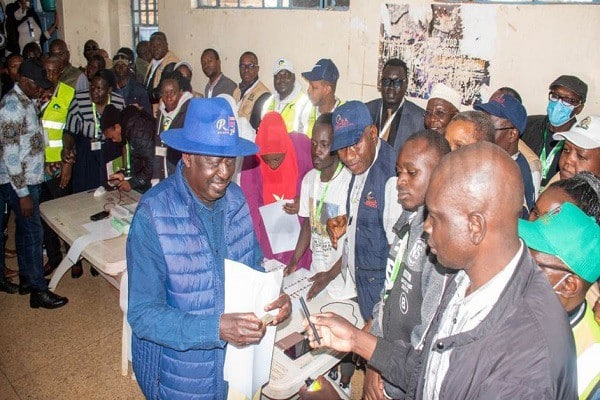 Raila Odinga's Azimio La Umoja One Kenya Alliance has alleged that the Independent Electoral and Boundaries Commission (IEBC) was hacked.

"We have intelligence reports that their system was penetrated and hacked, and some IEBC officials committed electoral offences," said Chief agent Saitabao Ole Kanchory.

Kanchory added that they were not allowed to verify the presidential results as required by the law.

"A result that is not verifiable is not a result, and Wafula Chebukati, IEBC chair, had assured Kenyans that he will run this election transparently, which he has not," Kanchori noted.

The claims emerged ahead of the announcement of the presidential results. The announcement was scheduled to take place at 3 pm (EAT). However, at the time of this publication, the outcome had not been announced.

©Standard Gazette, 2021. Unauthorized use and/or duplication of this material without express and written permission from this site’s publisher is strictly prohibited. Excerpts and links may be used, provided that full and clear credit is given to Standard Gazette with appropriate and specific direction to the original content.
Share on Social Media
twitterfacebookwhatsapplinkedintelegram
Follow us on Social Media
twitterfacebookinstagramyoutubelinkedinwhatsappgoogle playtelegram
IEBCJuliana Cherera

FG, ASUU Agree on UT AS, may suspend strike soon