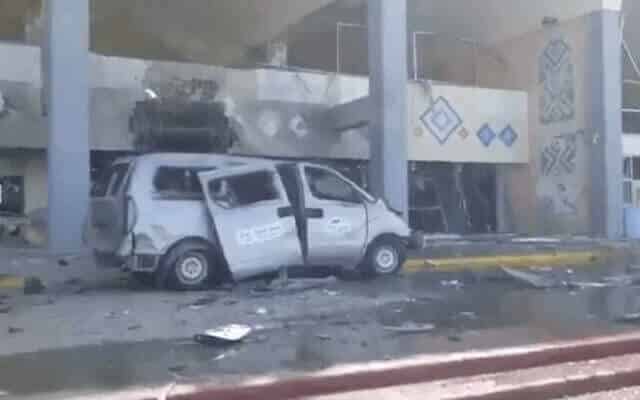 A second explosion has been heard near the presidential palace in Yemen, according to a local news report.

The new cabinet including the Prime Minister Maeen Abdulmalik and the Saudi Ambassador to Yemen Mohammed Said Al-Jaber were immediately transferred to the palace after the first explosion.

“We and the members of the government are in the temporary capital of Aden and everyone is fine,” Maeen tweeted from Maasheq palace.

The Fall of the Rajapaksas pave way for unloved Ranil…

“The cowardly terrorist act that targeted Aden airport is part of the war that is being waged against the Yemeni state and its great people.”

According to a senior health official, Salem Al-Shabhi, more than 20 people were killed in the first explosion, The Independent reports.

The new government was formed to cement an alliance between the Cabinet of Yemen, supported by Saudi Arabia, and the Southern Transitional Council.

Both factions now stand against the Houthi rebels, controlling the country's North amid the Yemeni Civil war.

Do you know anyone who witnessed this incident? Email us at [email protected]

©Standard Gazette, 2021. Unauthorized use and/or duplication of this material without express and written permission from this site’s publisher is strictly prohibited. Excerpts and links may be used, provided that full and clear credit is given to Standard Gazette with appropriate and specific direction to the original content.
Explosionyemen
0 109
Share

The Fall of the Rajapaksas pave way for unloved Ranil Wickremesinghe

The Fall of the Rajapaksas pave way for unloved Ranil…