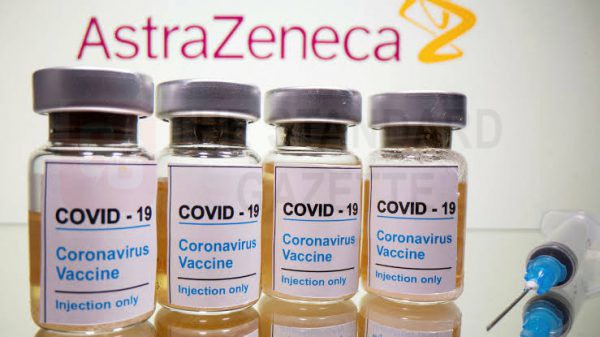 No fewer than seven countries have immediately suspended Astra-Zeneca Covid-19 vaccines for allegedly causing blood clotting and other health hazards. CNN reports that Denmark, Iceland and Norway have suspended the use of the treatment, while the European Medicines Agency (EMA) is investigating the claims.

On Thursday, Italy joined Austria, Estonia, Lithuania, Luxembourg and Latvia to pause jabs from the batch ABV5300. Danish officials, however, did not specify whether its reported death was connected to the consignment.

There were initial concerns prior to the distribution of vaccines as scientists have not been able to ascertain the long term effects of the vaccines on human DNA and health. For now, research is still ongoing and alterations may only be known after more long term studies are conducted. This is one of the reasons why in the United States for instance, there has been a large scale apathy towards science especially in the health and big pharma industry often accused of caring for the dollars.

Denmark announced a two-week suspension also on Thursday following reports of clotting. Iceland and Norway followed suit, but did not say how long their suspensions would last.

Last week, Nigeria received about 4 million doses of Astra-Zeneca Covid-19 vaccines and with the latest developments, the country has decided to continue notwithstanding.

A statement issued by Head, Public Relations Unit of NPHCDA said: “We are satisfied that the clinical evidence indicates the Oxford-AstraZeneca vaccine to be safe and effective. Our assessment is in line with countries such as Spain and the UK which have indicated that they will continue to administer the vaccine, because it remains an important tool to protect against COVID-19.”

President, Nigerian Medical Association (NMA), Prof. Innocent Ujah, said: “You need to know and establish the reason for suspension of the vaccine in those countries before contemplating anything.”

©Standard Gazette, 2021. Unauthorized use and/or duplication of this material without express and written permission from this site’s publisher is strictly prohibited. Excerpts and links may be used, provided that full and clear credit is given to Standard Gazette with appropriate and specific direction to the original content.
Share on Social Media
twitterfacebookwhatsapplinkedintelegram
Follow us on Social Media
twitterfacebookinstagramyoutubelinkedinwhatsappgoogle playtelegram
Astra-Zeneca VaccineCOVID-19